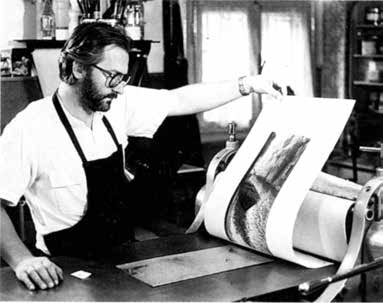 Printmaking is an umbrella term used to describe the various ways of producing multiple images. Here we are concerned with printmaking using metal plates cut to receive ink; damp paper is then placed over the plates, which are then run through a press, which forces the paper into the cut areas.
The paper is then pulled off the plate, carrying with it the ink that formerly rested in the plate’s crevices. There are three ways of creating this crevices.

The first such technique was developed in the Fifteenth Century. Using specialized tools called gravers, the artist would cut lines into a metal plate, all the while controlling the depth and width of his lines, thus creating the crevices that made up his image.
The plate was then inked and run through a press. Everyone carries such engravings in his or her pocket in the form of paper currency.

In the Sixteenth Century, artists discovered that acids could do the work of gravers. A metal plate was covered with acid-resistant wax; then the artist drew his lines into the wax with a pointed instrument called a stylus, which exposed the metal. The plate was then immersed into a bath of acid, which cut away the metal, again creating crevices. Then came the process of printing. Works using this technique are called etchings.

In the Seventeenth and Eighteenth Centuries artists discovered a way to produce prints that resembled images made with wide brush strokes, unlike the linear effects of engraving and etching. Some areas of a plate are left bare, some areas are covered with wax. The exposed areas are then sprinkled with acid-resistant resins. The plate is then heated enough so that the resin dots adhere; the plate is then immersed in acid. The areas between the dots can then hold ink. This process is repeated many times before the plate is finished.

Ugo Baracco uses both etching and aquatint to produce his images. It is a painstaking process, requiring many hours to produce a plate; at least an hour is needed to ink a plate before it is run through the press. His devotion to his process is necessary to the creation of his vision. 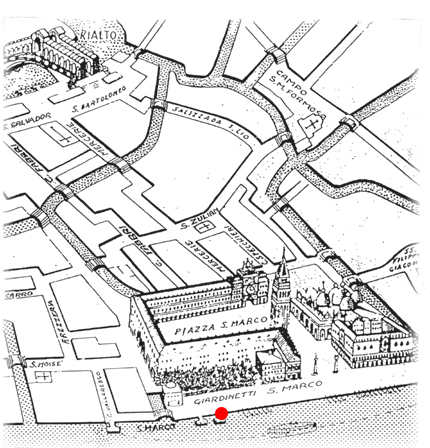